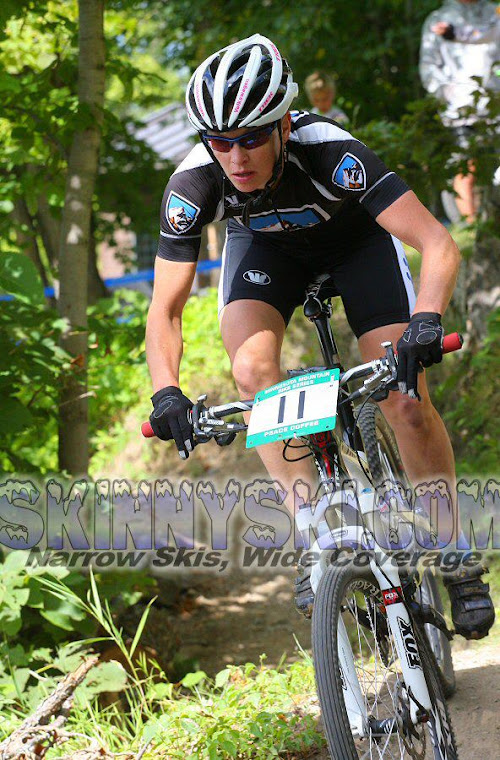 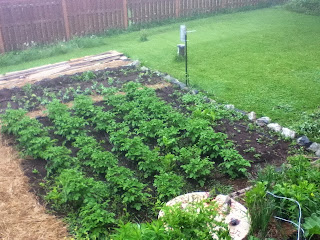 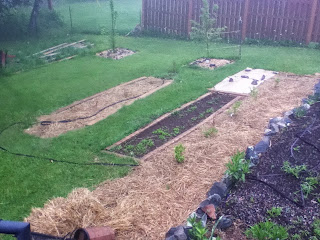 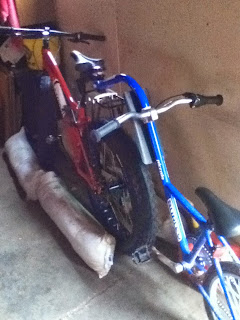 Kiera's new ride thanks to the Raymond family 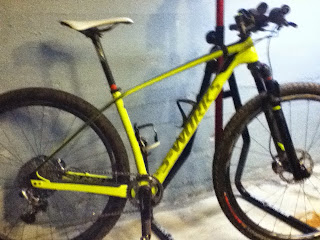 This year's sweet bike thanks to THE SKI HUT

It's getting tougher and tougher to blog because whenever I pull out the computer Kiera wants to watch a Charlie and Lola episode. Of course, one is never enough so she watches a couple and then wants a third. Rather than battle, we leave the computer hidden and rarely use it.

We've done three races so far this year: Cable Off-Road Classic, Mount Borah Epic and the Chain Drive. Unfortunately the Cable Classic was 100% on gravel but the other two were littered with single track. The Chain Drive continues to be one of our favorite races since it it has some rougher single track with plenty of two track and rocky ski trail sprinkled in. Furthermore, the Houghton area is super beautiful and the weather is usually like Duluth - chilly, cloudy and windy.

Sara has been riding well and managed to win all three races so far. I've been happy with my results too and we absolutely love the new S-Works hardtails. I'm a little bummed we didn't get a couple of these sooner because they are incredibly nimble and super light. It's getter harder and harder to find rocks and roots on trails nowadays so I'm not sure a full-suspension will be in the stable for us anymore. We'd have to do a stage race in BC, out East or West before tracking down a full-suspension again.

We've brought Kiera to each race so far but it gets a little stressful trying to find someone to watch her. Usually we can line someone up before we commit but we didn't find Nina Karinen (Pete's sister) until we showed up at registration for the Chain Drive (thanks Nina and Lori!!!!). I figured I'd hand out water for Sara if we couldn't find anyone. Kiera wants to go everywhere we go and we sure enjoy having her along so we do whatever we can to make it work.

I did a mountain bike camp for 6-8th graders last week and had 17 riders. Each year I am amazed at how excited kids are to ride mountain bikes on trails (even those who have never ridden off-road before). Hartley was a little wet the first day but on days two and three it was difficult to find a puddle. The rain hit again on day four so we had to stick to paved trails on the fifth day of the camp. The kids rode about 2 hours and 30 min each day with plenty of little breaks along the way. There was a gigantic puddle on the gravel portion of Hartley road that they had to keeping back and forth through... I feel for the boys in the basement at the SKI HUT!

I am now officially on summer vacation. Hopefully the 46 degree temps and pea soup fog will roll out of here soon so I can get off of the gravel roads and hit some single track. Almost every ride I go through Jay Cooke to gander at the new single track that is being constructed - 6-8 miles by the end of June. It is on both sides of 210 and east of Mud Run on the eastern edge of the park. On the south side of 210 the trail is up to the Fond du Lac power station entrance but there is plenty of flagging that continues through the park so it looks like the system will continue. COGGS reports that Duluth will have about 25 miles of NEW single track by the end of the summer.

We aren't sure what up next for us. Red Wing got cancelled and we didn't sign up for the Lutsen 99er.
Posted by Sara KJ, Scott KJ at 7:28 AM 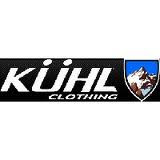